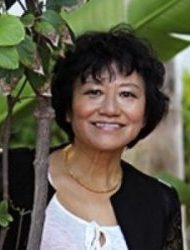 Robin R. Wang is Professor of Philosophy and Director of Asian Pacific Studies at Loyola Marymount University, Los Angeles, USA. In addition, she is 2016-17 Berggruen Fellow at Center for Advanced Study in the Behavioral Science, Stanford University. Dr. Wang is the author of Yinyang: The Way of Heaven and Earth in Chinese Thought and Culture (Cambridge University Press, 2012), the editor of Chinese Philosophy in an Era of Globalization (SUNY Press, 2004) and Images of Women in Chinese Thought and Culture: Writings from the Pre-Qin Period to the Song Dynasty (Hackett, 2003). She has published many articles and essays and regularly has given presentations in North America, Europe, and Asia. She has also been a consultant for the media, law firms, museums, K-12 educators, and health care professionals, and was a credited Cultural Consultant for the movie Karate Kid, 2010.

Published with Freigeist Verlag: Love of Nature, Politics of Diversity: Open to wonders, hiddenness and sublime, in: